My trip to Natural History Museum was an inquisitive one. I planned to see the Blue whale skeleton and some historical displays and notes about volcanoes and earthquakes.

The museum is situated in South Kensington London and within the vicinity close by is the Royal Albert hall, V&A museum, Imperial College and the Science museum. 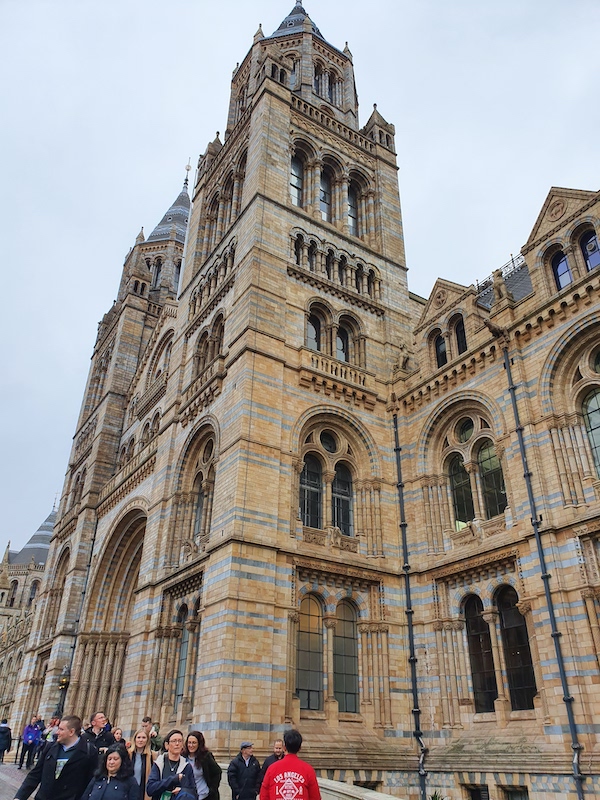 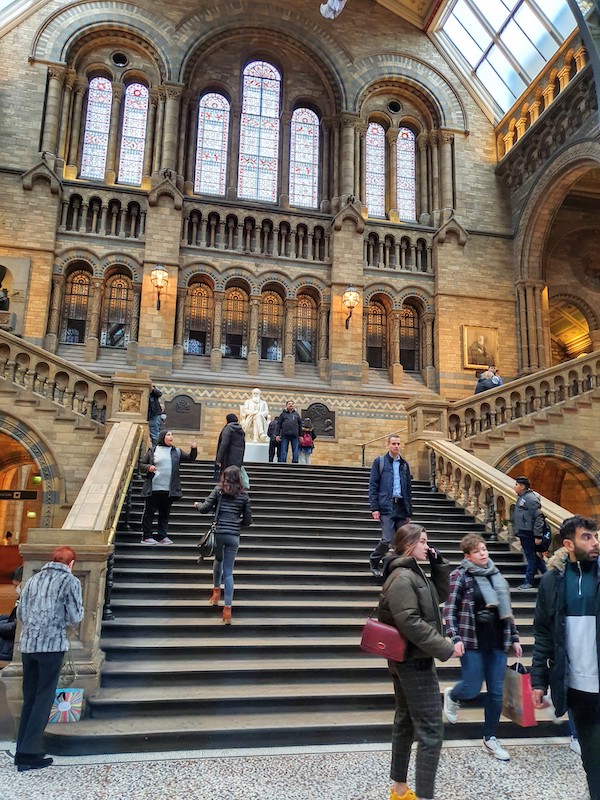 Inside the Natural History Museum 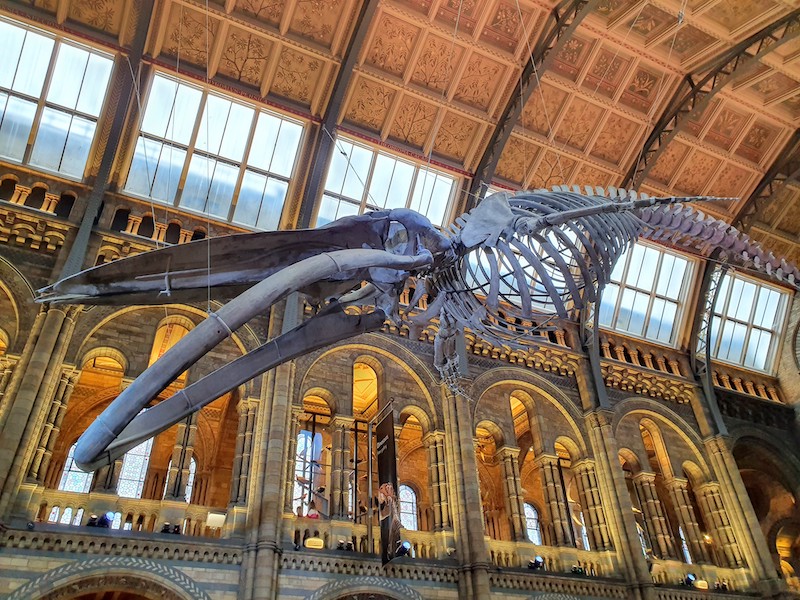 A skeletal sculpture of the Blue whale. View of the Large Mammals Hall

I was able to view the Large Mammals Hall. There is also a viewing balcony, which is ideal for a full view and for taking photos. This part of the museum (the blue zone) will go down well with children as I couldn’t relate to the display from an adults point of view. But the child in you might appreciate it. 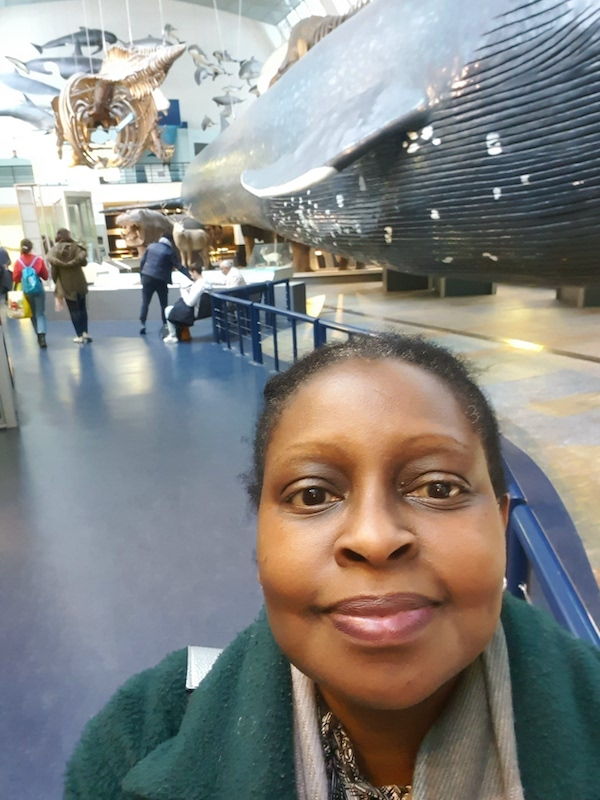 A model of the Blue whale

‘Volcanoes and earthquakes have shaped the surface of the planet for billions of years.’ 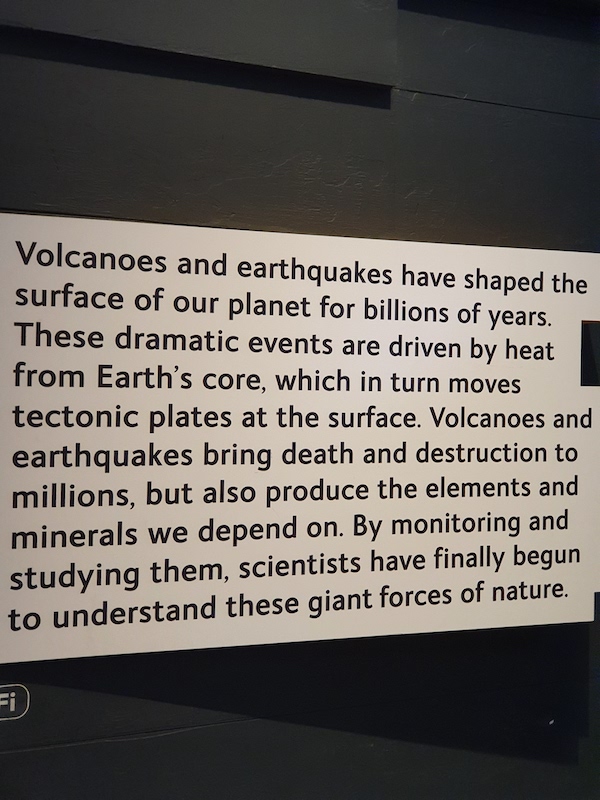 A note about Volcanoes and earthquakes

Not all volcanoes are the same, by studying them around the world, scientists know that some have violent and explosive eruptions, while others have gently flowing ones. 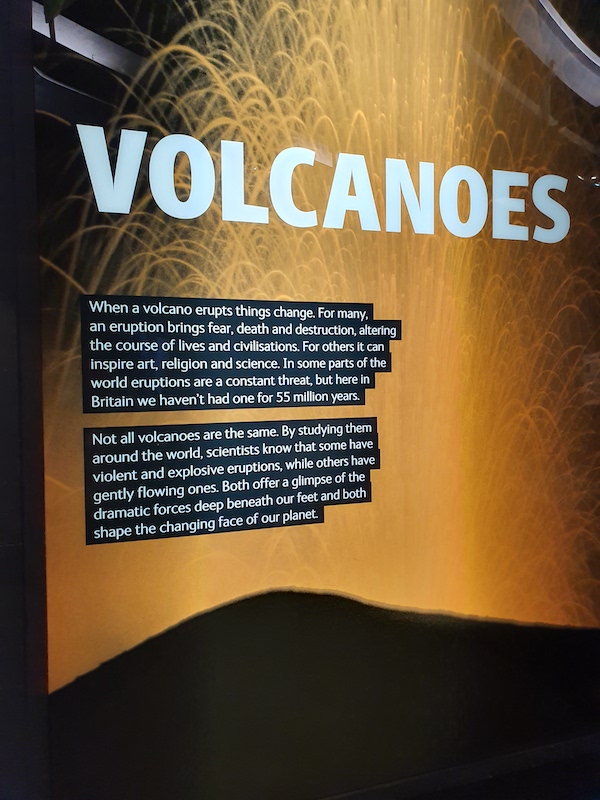 Some interesting facts about Volcanoes 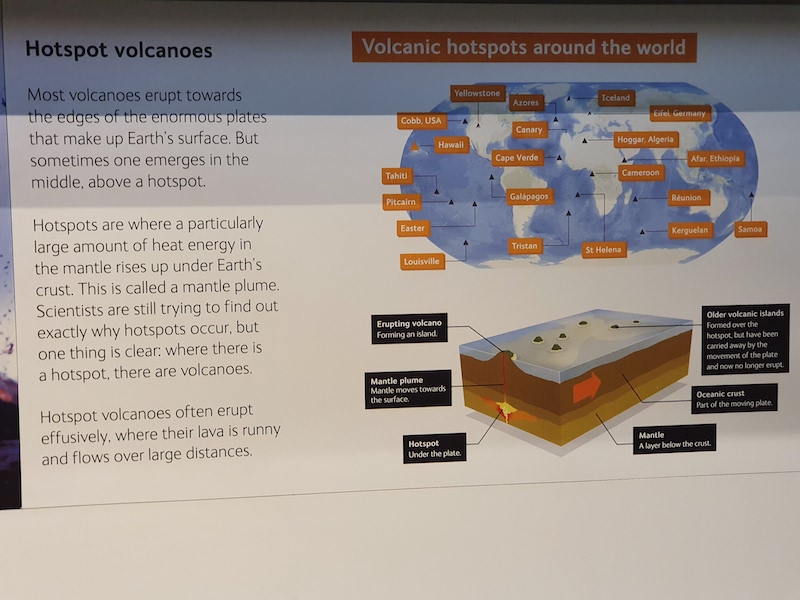 Volcanic hotspots around the world 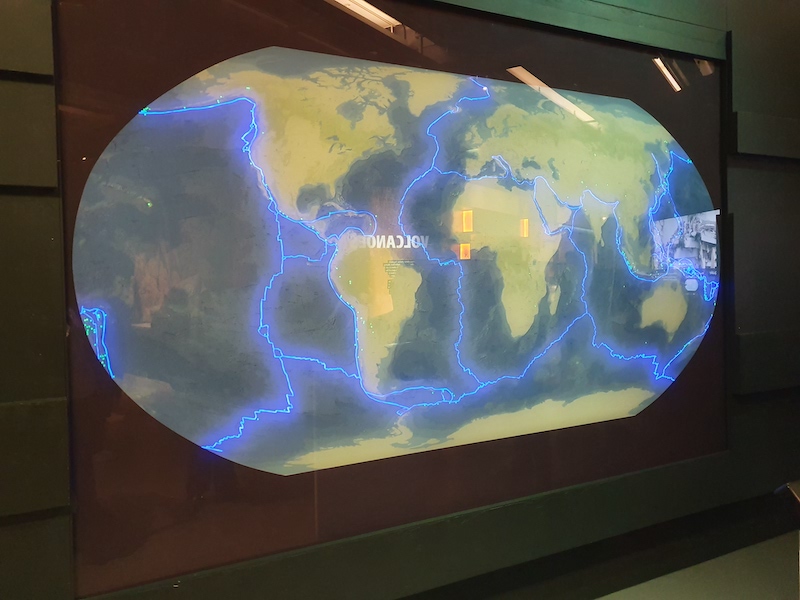 Hot spots around the world to help when planning trips. 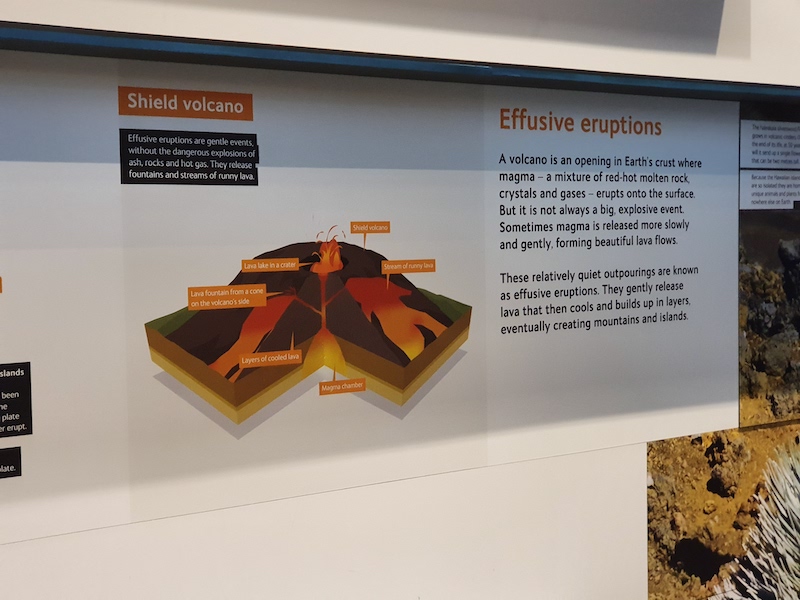 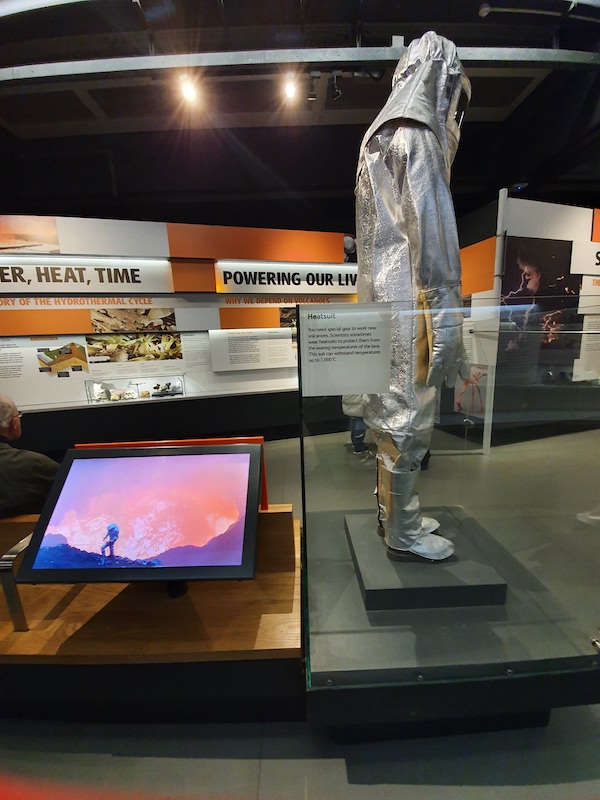 A glimpse of a real heatsuit 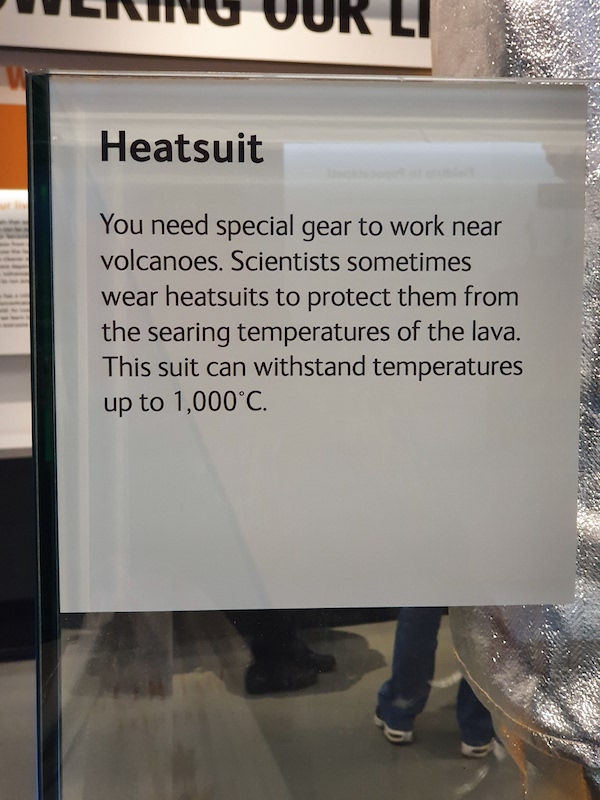 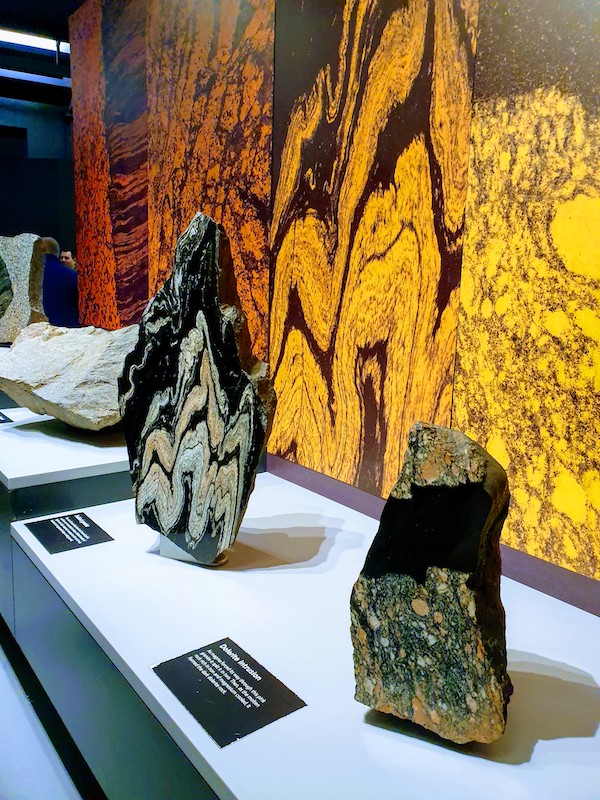 Thankfully, I had an inquisitive trip to the Natural History Museum. You will need more than one trip to the museum as there is a vast amount of history there. This must have been my fourth or fifth visit and I will go back some day.

Have you been to Natural History museum or are you planning to this year? Drop me a line as always.