It was during one of my commutes on a Monday that I happened to be around the Tower Bridge area. I wanted to see more of the scenery that morning but of course I had to wait until the end of that busy Monday. Although packed with tourists, 4pm was surprisingly a convenient time to tour the area. Exploring Tower Bridge At The End Of Monday

The 19th century landmark is so much associated with London and symbolises the capital. Even though I’ve walked along most of the bridges in London, from my experience the bridge seems closer to the Thames than all the others. It seemed quite low when walking across! 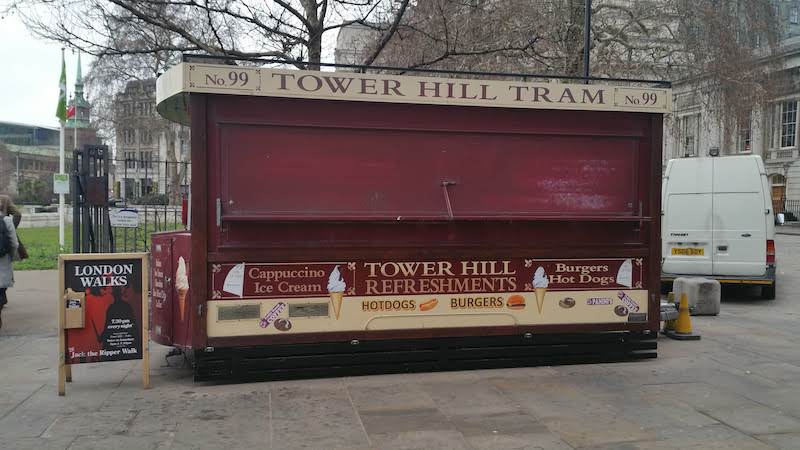 Tower Bridge usually opens at least once a day but unfortunately I wasn’t able to see the opening. But I guess there will be a second visit! The most enjoyable part of the trip was the vibe and the visible hunger on the faces of tourists that passed by. Many were eager to discover the history associated with the bridge. 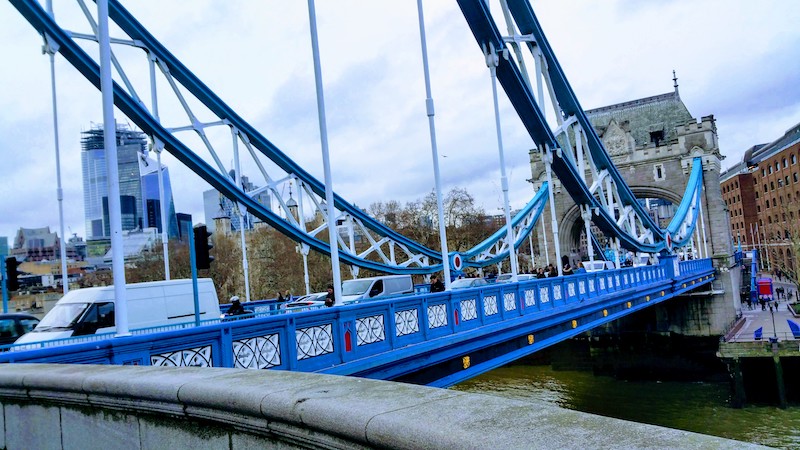 A view of Tower Bridge from the bridge

“When it was first built Tower Bridge was controlled from two cabins situated on the east side of each pier. These were originally built of wood but were replaced of stone structures after World War II.

Since 1962 due to the decline of river traffic, any ships large enough to require the bascules to be raised have to give 24 hours notice. ” 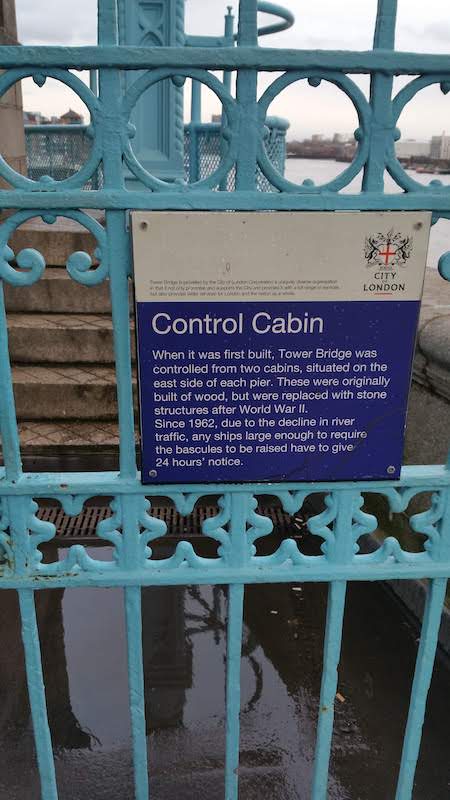 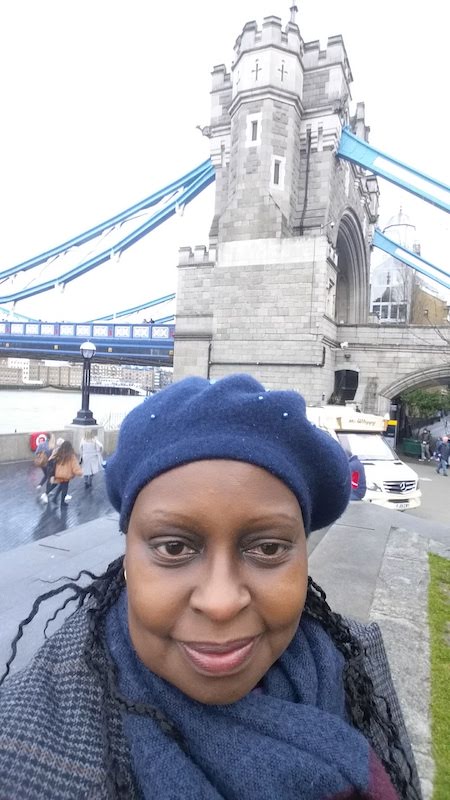 Exploring Tower Bridge At The End Of Monday. Journey with Bola with Tower bridge in the background during the rush hour.

I recommend getting there early to see the bridge open around 9am in the morning. Although I have not seen the lifting, this was recommended to me be commuters. 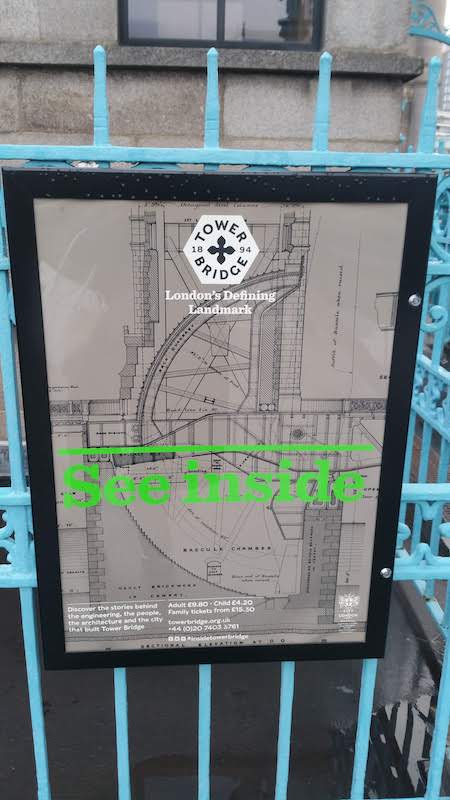 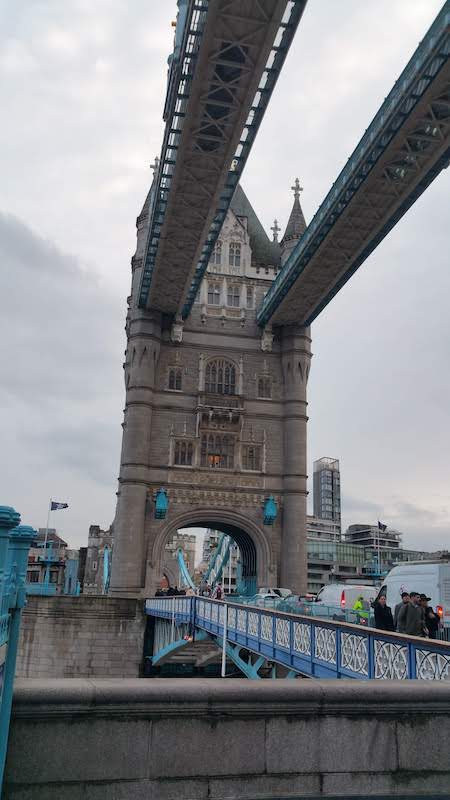 Exploring Tower Bridge At The End Of Monday. The top of the landmark.

Apparently, the bridge is crossed by over 40,000 people every day.

Tower Bridge is on the eastern border of the London congestion charge zone which means drivers won’t need to pay a charge for crossing the bridge. One tip is to maintain your speed limit as cameras are in place monitoring the flow of traffic. Be wise not to build up speed! 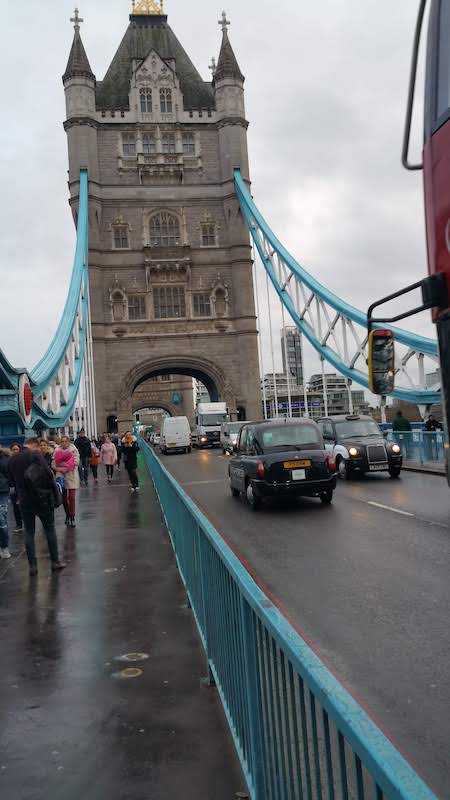 This is what the commute looks like. Vehicles travelling away from the City of London 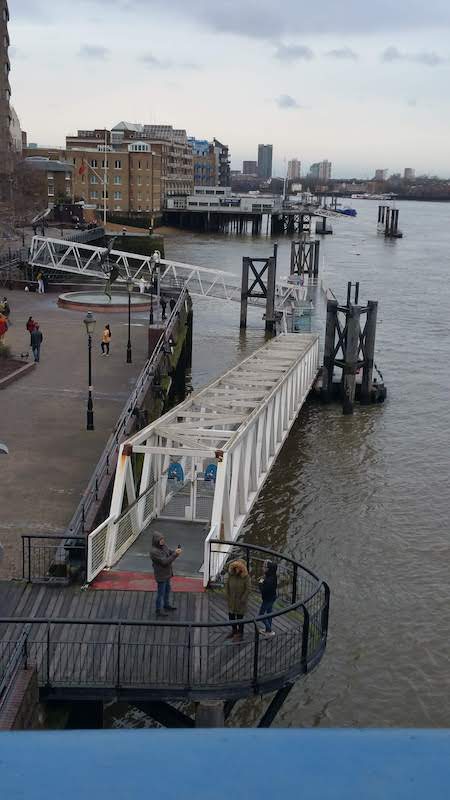 This is what the commute looks like. Vehicles travelling into the City of London 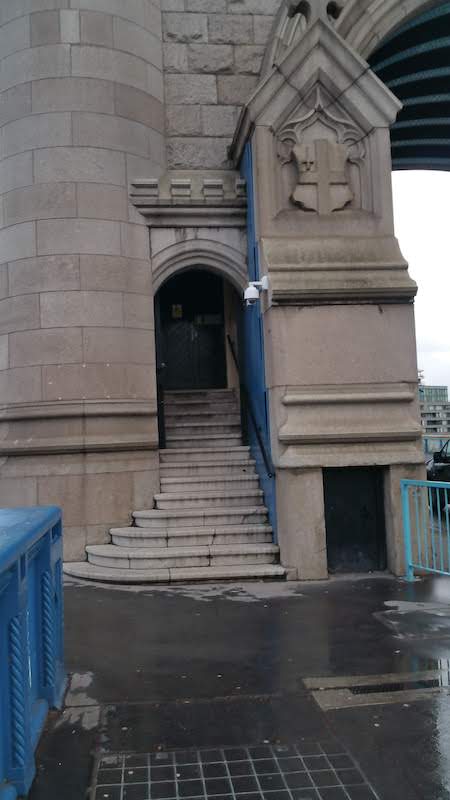 Underneath Tower Bridge. Captured away from the crowd

This was a solo travel trip, which simply means that if you need to travel to see a monument or whatever it might be, just venture. You will discover that not everyone is on the same timeframe as you. This sometimes means waiting around and losing precious time. So be safe and explore!

More to see is the Engine room and the Glass flooring. Watch a live HD Webcam here.

Have your seen Tower Bridge open, walked on the glass panel or just simply strolled along the landmark? Drop me a line as always.