Stumbling upon London Wall reminded me about the attraction I had previously heard Londoners converse about for many years but for some reason I hadn’t had the opportunity to discover its location and the history behind the ruin.

It wasn’t until I stumbled upon it whilst on a trip to another location (more from there later!) that I discovered London Wall.

It sure looks ancient in the midst of modern architecture but it is well worth visiting. 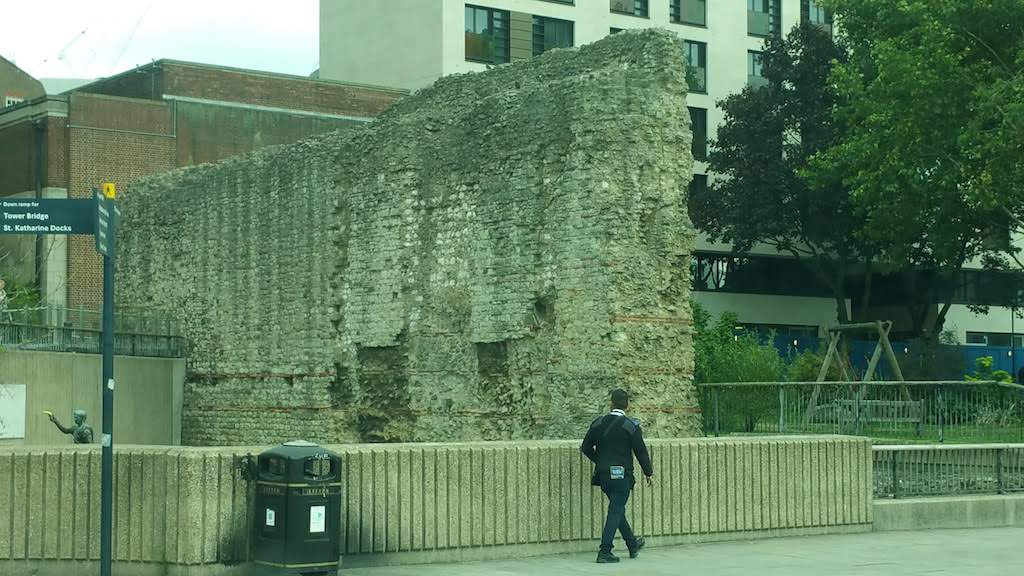 Why London Wall was built

Did you know that London Wall was the defensive wall built around London, which used to be known as Londinium, a port town city on the River Thames?

The remaining piece of the Wall, built by the Romans in AD200, still stands to this day and can be found just opposite Tower Hill in London, UK.

These are fascinating insights at the historical London Wall.

Until the later middle Ages, the wall represented the border that surrounded the City of London. A defence mechanism used for protection from intruders. 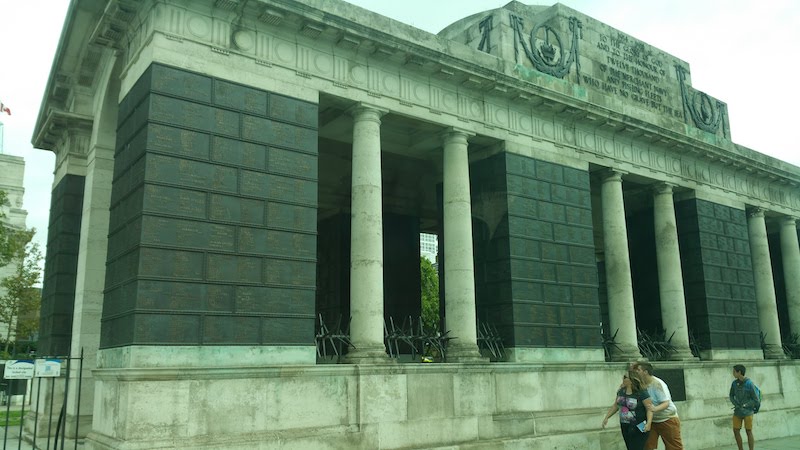 Without a doubt, modifications were carried out on this ruin over the years but eventually it gave way to many modern high-rise buildings.

They stand stand tall in the City of London today. Presently, the ruin is a popular tourist attraction for visitors and Londoners. 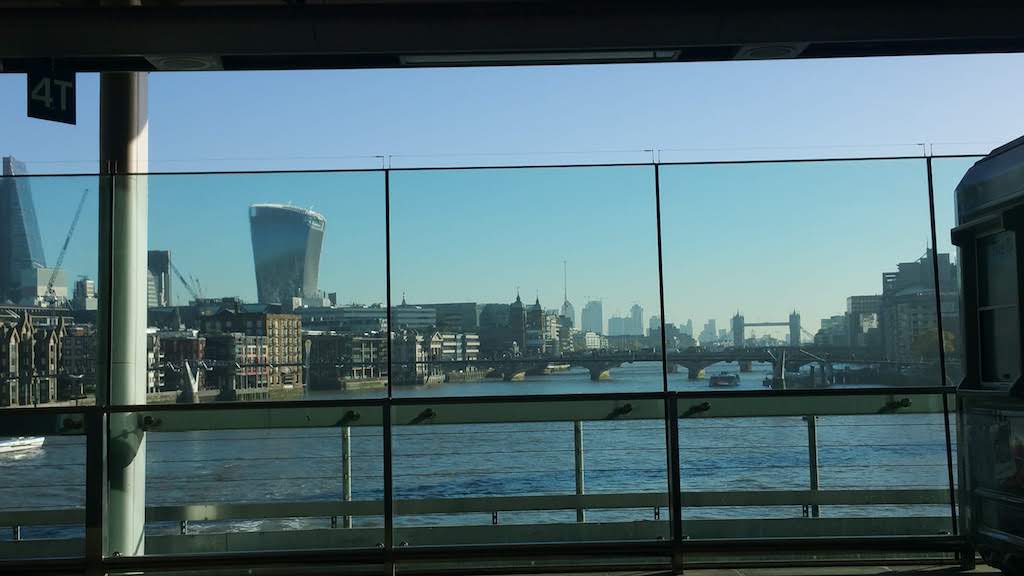 A view of the City of London from Blackfriars bridge

Can you believe that this monument once stood a colossal two and half miles long!

Similar ruins can be found all over the world and have gradually fallen apart due to war, natural disasters, and human destruction, ageing Bricks and mortar or for other reasons.

A few years back I also remember analysing ruins in the Umbria region of Italy and spent ages working out what happened to their structure.

In London I stood still for a while, to observer the remains of London Wall – something I do everyday.

If you’re struggling with deciding on places to visit in London, venture out and search for some ancient architecture, ruins of fascinating buildings near you or further afield.

They all tell different tales, for instance, what was the idea behind their construction in the first place and how have they been able remain today?

These remains have the ability to tell historical stories and will take you back in time and they are not always attractive but they are broken buildings displaying a work of art.

Are ruins worth celebrating?

One thing I know is that history would probably not be made without their existence but sadly, monuments don’t last forever. So yes, they are worth celebrating although some ruins can be highly controversial.

Do you enjoy observing ruins? The striking thing about them is that you can easily stand and glance at their details and build up a picture about their origin and become eager to ask endless questions. Ancient ruins always make me curious.

Do you admire bricks and mortar, like I do or do you find this boring? Are you in to observing, visiting and questioning ruins in London and beyond? What thoughts come to mind? Feel free to drop me a line or two.

Here is a map and how to get there.