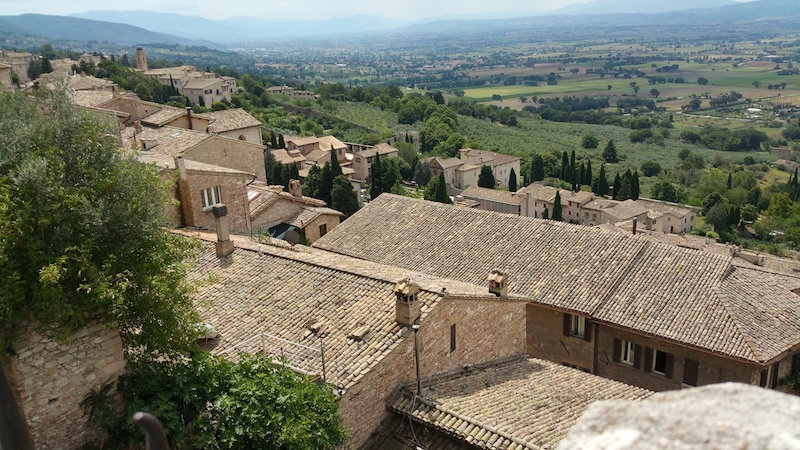 A view from the hill

When I was invited to a friends wedding along with others to Assisi, the first thought that came to my mind was that I might as well seize the opportunity to see Rome as part of a round trip. After all, it was only 2 hours away from Assisi. But the idea was to be at Claudia’s wedding in Assisi! This journey was all about surviving a last minute call to Assisi. 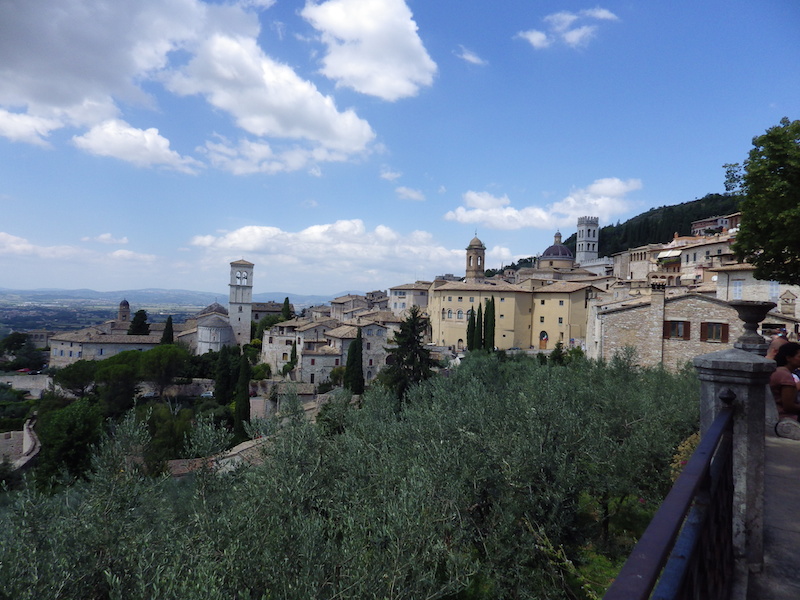 A view from the hill

This medieval town is located in the Umbria region of Italy, which is in the central part of the country. After travelling on the Tren Italia train for over an hour and a half in the sweltering heat, we met a friend of the bride and groom by chance, who mentioned that he was going to a wedding in Assisi. So when we got talking with Reg, we found out that we were all going to the same event on the 6th of August. What a small world! When we arrived at the station, we decided to share a taxi together from the station to take us to our different hotels. 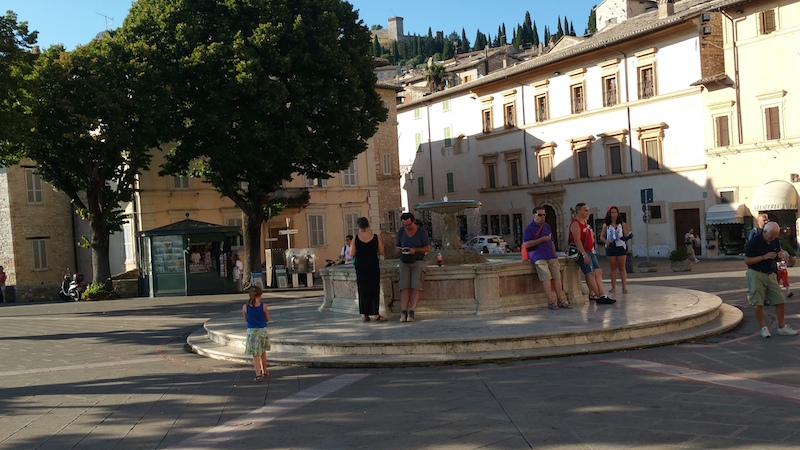 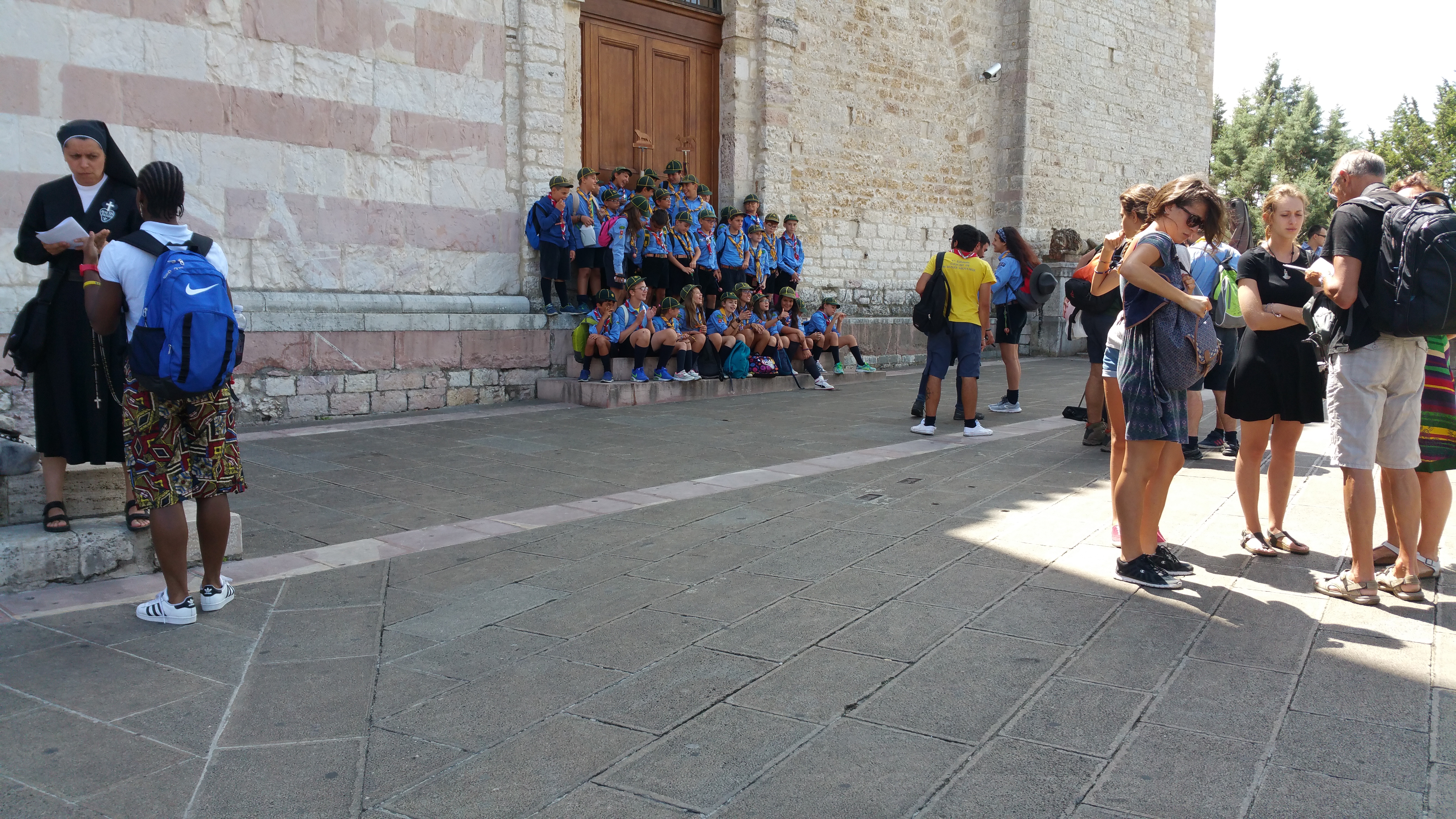 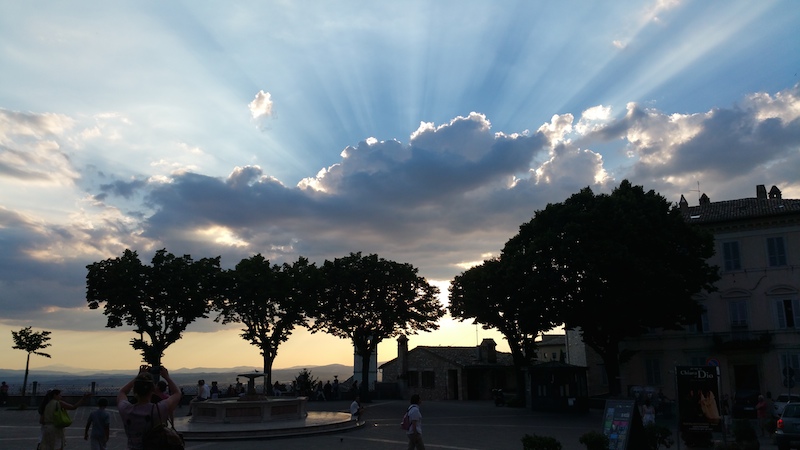 We stayed in the Santa Chiara area and I couldn’t help but observe the pace of life there. The locals and visitors were walking briskly on the roads. In some parts, pavements were non-existent, so we walked on the roads for the best part of our stay but spent so much time looking over our shoulders in case a vehicle sneaked up on us from behind. 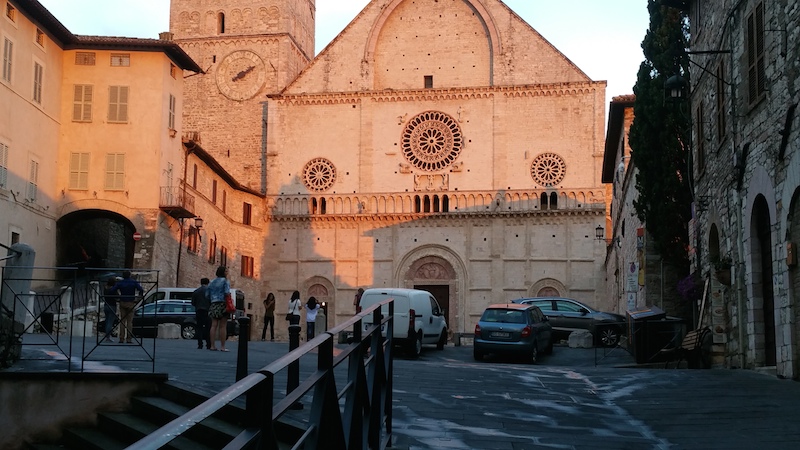 Knowing that people were welcoming and friendly was a bonus. Not once did we feel out of place. The medieval buildings, churches and ruins were spectacular and the mountains and winding roads makes Assisi such a unique place. Although, walking shoes are highly recommended. 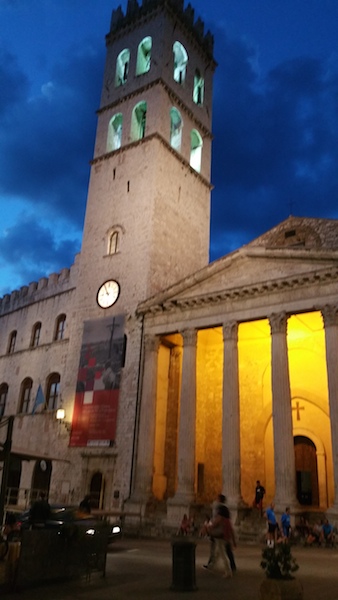 Churches were present almost everywhere and the memories of waking up to the chimes of church bells every morning will remain with us for a while. 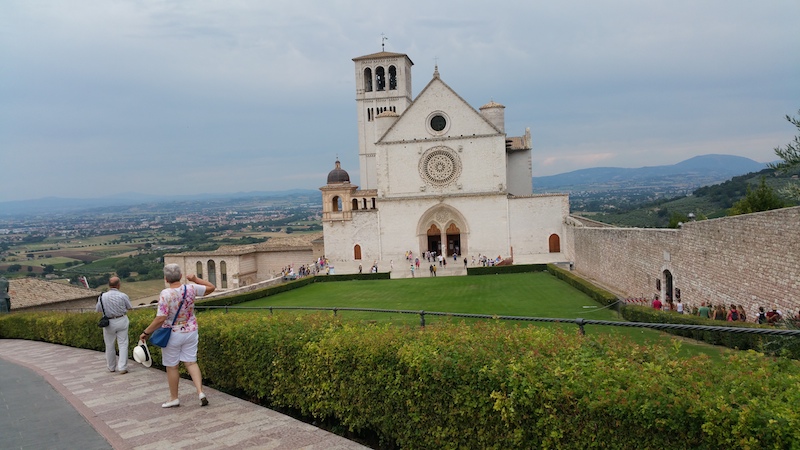 Basilica of Saint Francis of Assisi

After checking in, we couldn’t wait to see the town. We were so keen to see the Basilica de Francesco but visited the venue on the second day. If you ever plan on visiting this venue, be warned…. You will be required to join a queue for almost 1 hour to get security clearance before entering the venue but it’s well worth the wait. 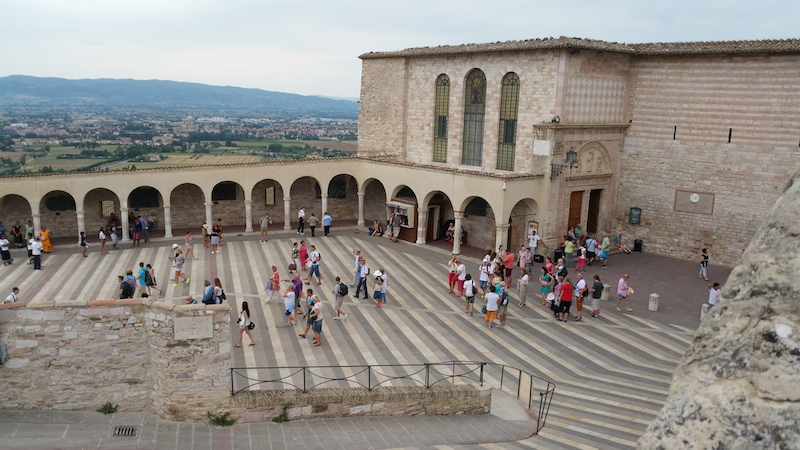 The grounds at Basilica of Saint Francis of Assisi

Inside the Basilica de Francesco lies the tomb of St Francis, who was an Italian Roman Catholic who was known for his deeds.

In Assisi, we couldn’t help but notice churches wherever we walked, so we made a habit entering each one to admire the paintings on the walls and ceilings. 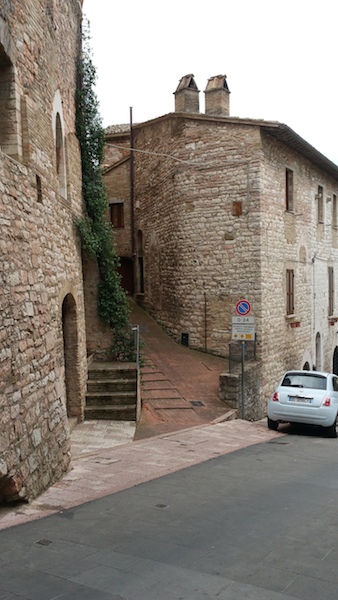 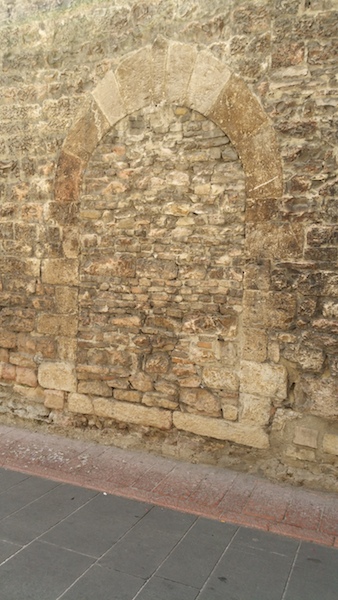 Whilst walking along the narrow streets, up and down the hills, I was curious to know why some of the ruined buildings appeared to be revamped. Could this due to earthquakes or other natural disasters? We were completely blown away by the architecture and appreciate the fact that the buildings are still standing. This is a town to see if you love buildings.

On the eve of the wedding, we met at a restaurant known as the La Bracera di Assisi to indulge in some Italian Pizza’s. The anticipated wedding took place at one of the churches at the Basilica de Francesco. 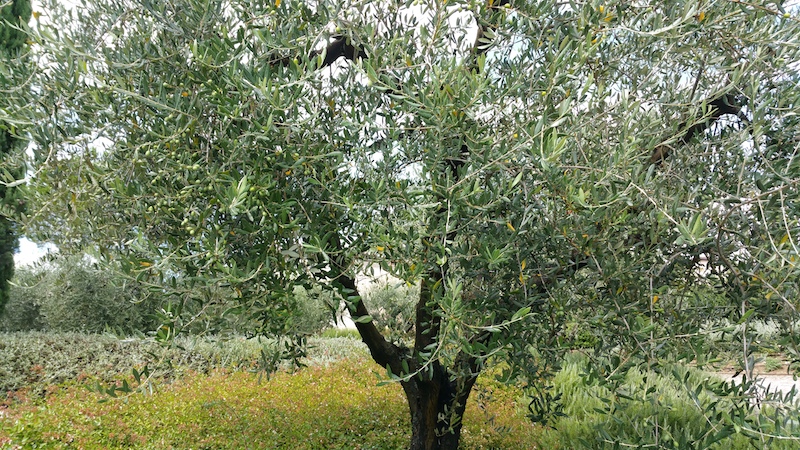 The reception took place Perugia, which was around half an hour away. I experienced an 8 – course meal on the day, but it was a struggle to get past the third! After a long wait to see this picturesque country, it finally happened. Thanks to my friend.

Have you been to Assisi and what was your experience? As always, feel free to leave a comment.