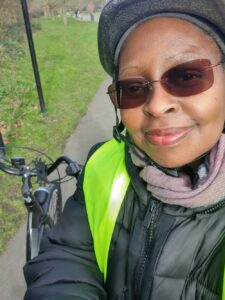 My early morning cycling time. Two Quiet Cycle Routes To Explore In London On An E-Bike

Cycling can do wonders for both your mental and physical health. Helping you process your thoughts and leaving your mind clear, a leisurely cycle on a Sunday morning can really set you up for the week ahead. Exposing yourself to different surroundings is healthy for our brains, allowing for a much needed reset. As a form of cardio, cycling will leave you feeling energised and healthy too. Here are the two quiet cycle routes to explore in London on an E-Bike:

As most of us know, exercise makes our body release endorphins, our brain’s feel-good neurotransmitters, which release stress and improve mood.

E-Bikes are sometimes controversial but they have their benefits as they are great for climbing uphill. This is particularly helpful for those of us with problematic knees (be sure to get medical and expert advice first)

Read on for two can’t-miss cycling routes in London. 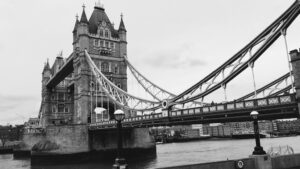 Starting at the iconic Tower Bridge and ending at Cutty Sark in Greenwich, this short but sweet cycle route is great for both leisure and commuting. This section of the National Route 4 takes you on a less trodden path around the River Thames as well as through peaceful parks, including the hidden gem that is Russia Dock Woodland. 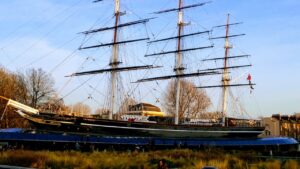 The Cutty Sark in Greenwich 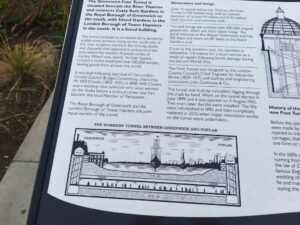 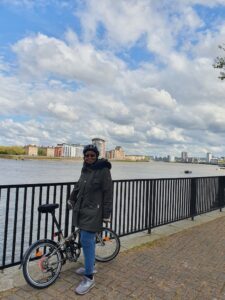 On a cycling ride close to Greenwich

The wonderful thing about this route is that it combines two of London’s must-visit areas; starting at Tower Bridge as well as the adjacent Tower of London, and ending in the royal borough of Greenwich, where tourists come from far to visit the National Maritime Museum, the Cutty Sark and Greenwich park. 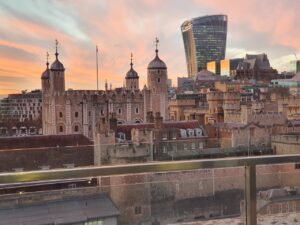 The Tower of London. Two Quiet Cycle Routes To Explore In London On An E-Bike

Along the way you’ll find yourself in quaint narrow streets with old waterfront warehouses and historic parts such as Bermondsey Wall, where the buildings and pubs make you feel as if you’ve stepped back in time. Find yourself lost in the history of pilgrims, famous Victorian architects and post-war decline and regeneration as you cross the Rotherhithe Peninsular. You’ll also get to see Greenland Dock and South Dock, another interesting slice of London’s history. 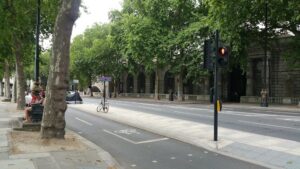 If you’re looking to escape the hustle and bustle of city life, Route 136 is the one to try”  The Ingrebourne Valley Way, Route 136, takes you on a serene journey through Rainham and the village of Noak Hill via Upminster in the borough of Havering. A treat of picturesque parks and green spaces as well as rich history and architecture awaits.

The route starts in the historic village of Rainham, dotted with Georgian cottages transformed into independent shops and some Grade II listed buildings dating from the 1800s. A few minutes on and you’ll be surrounded by vibrant wildlife and nature in the Rainham Marshes Nature Reserve.

You’ll also get to see old concrete barges used in the invasion of Normandy and the ‘most beautiful house on the Thames’ (National Trust) along with an ancient Church. Another important landmark is the famous Hornchurch Airfield which served in both world wars, including the famous Battle of Britain.

After that it’s all a big countryside escape, cycling along lakes, the valley, across meadows and through woods. At the end of your journey, you’ll even be greeted by large herds of fallow deer in Harold Hill and finally, enjoy the noble estate of Dagnam Park, where you can relax by the ponds and admire the ancient woodland.

What are your thoughts about these two quiet cycle routes to explore in London on an E-Bike? Would you rather use a push bike instead? Drop me a line or two as always.